As the 2016-17 school year ended at Monticello High School, students rushed out the doors to enjoy the beginning of their long awaited summer vacations. Some went right home to take a nap, while others gathered at the local restaurants with friends to celebrate another school year that had come and gone. Sophomore Alex Allen enjoyed a couple days of summer vacation with friends and family before going to the place he is most comfortable–the golf course.

“I think my favorite part of golf is the fact that anything can happen at any time,” Allen said. “I love this aspect because it makes you remember that some things are just out of your control, and you shouldn’t stress about them.” 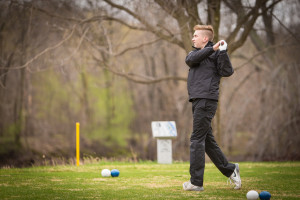 Allen (now an incoming junior at MHS), was a member of the Monticello boys golf team this fall, consistently putting up scores that were near the top of the leaderboard at each meet. The team as a whole also continued to improve, including team scores that hadn’t been accomplished in over ten years as a program. As the school year ended, Allen turned his attention to Junior PGA events where he looked to compete with some of the state’s top golfers.

Alex’s first Junior PGA event of the summer took place on June 23 at Rich Spring Golf Club in Cold Spring, MN. Allen birdied the second hole on his way to shooting an impressive 76 (+4). He won the event by six strokes, giving him confidence in the tournaments moving forward.

Golf started for Alex when he was less than two years old, hitting balls in his backyard with a set of Snoopy golf clubs that his dad, Greg, had bought. Greg brought Alex out to his first course a year later and from then on out it was hard to keep Alex away from the sport. Whether it was watching on TV or practicing at local courses, Allen always had a club in his hand.

“My biggest role model for golf is probably Tiger Woods,” Allen said. “I know he has been dealing with a lot of off the course issues lately, but he is my role model for his winning mentality. I absolutely loved the fact that in his prime, he had the mentality that he was going to win. In golf, the ability to have that mindset is a huge advantage.” 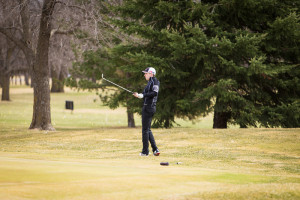 Four days after winning at Rich Spring GC, Allen was back on the course, this time at The Links at Northfork. Alex struggled on the front nine, shooting a 42 (+6) before settling down on the back nine and scoring a birdie on hole 13. Allen finished with a score of 80, qualifying him for the MN Section Boys Junior PGA Championship a couple weeks later. On July 6 Allen took second place at Majestic Oaks GC and five days later took fifth at Riverwood National GC. Allen continued off his summer tour at the MN Section Boys Junior PGA Championship on Jul 13-14, where he shot 85-81-166 to finish tied for 60th place among the best junior golfers in the state of Minnesota. Alex’s summer has been a successful one, to say the least, but he knows that he can do better and strives to continue improving. 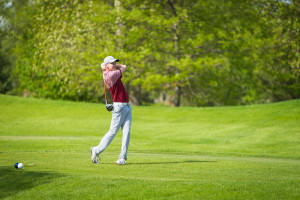 “I have multiple goals that I feel are reasonable for myself and the (Monticello boys) team,” Allen said about goals heading into the 2018 golf season. “I would like to make it to state the next two years and become one of the top-20 high school golfers in the state. I would also like to take first place individually in at least one high school tournament each year, along with two junior PGA tournaments a year. As for the team, I think averaging under 315 next year would be in reach. Another huge accomplishment would be to make it to state as a team. It would feel great to be a part of a team that can compete with some of the best teams in Minnesota.”

Alex concludes his summer of golf with two more events including the Warrior Cup in a couple weeks which he qualified for with his win back in his first event in June. To compete, Allen continues to try to mimic the on-the-course mindset that Woods had in his prime.

“He convinced himself that he had won before the tournament had even started,” Allen said with a smile. “With that kind of confidence, I feel like you can accomplish whatever you put your mind to.”