The Riverhawks players from St. Michael-Albertville and Monticello had to leave for Roseau on Monday night just to make sure they could make it to Tuesday’s semifinal on time with all the recent weather.

The bus departed, made it safely to a good resting point before stopping for the night. The next morning, the Riverhawks had a morning skate before making the rest of the trek to Roseau for their battle win the Rams.

By the end of the night Tuesday, the Riverhawks had advanced to the Section 8AA Championship!

The first period didn’t provide any scoring in the game with NWC goalie Anna LaRose keeping all 13 shots out of the net. The Riverhawks only had five shots of their own but came out strong in the second period. Unfortunately, the Rams were the first team to get on the board with the only goal in the second period.

Just like the Rams did in the first game vs. the Riverhawks, this time it was NWC’s time to stage a comeback. Payton Allen and Sydney Lemke set up MacKenzie Bourgerie with 11 minutes left to play to tie the game and with five minutes left, the trio did it again. LaRose played incredible in net and the Riverhawks were able to maintain the 2-1 lead until the final whistle, advancing to their first section championship since the 2012-13 season.

The location and opponent for the Riverhawks are still unknown. As of this post, No. 1 seeded Brainerd is hosting Sartell-Sauk Rapids with the winner taking on NWC on neutral ice on Friday, Feb. 15. 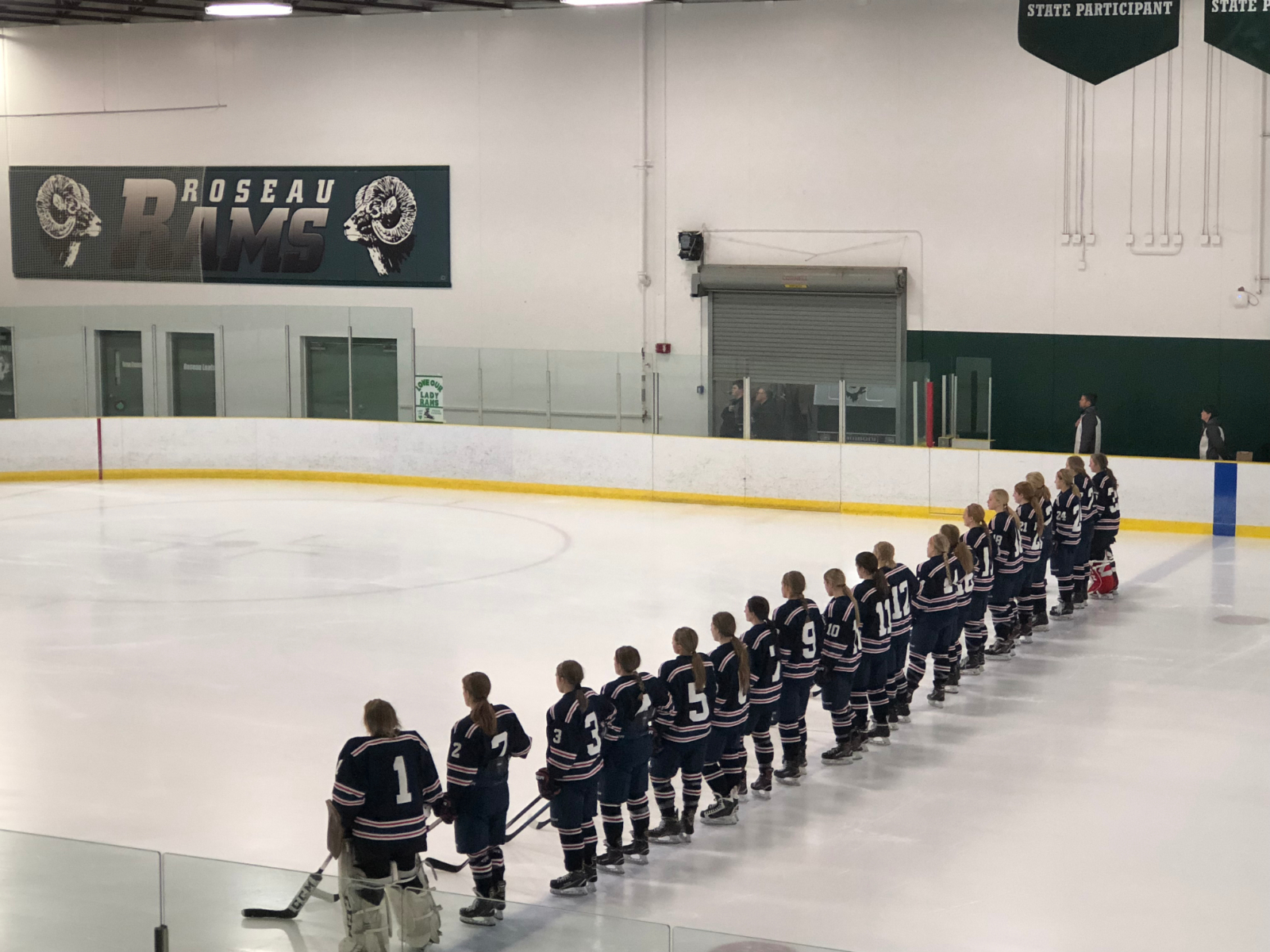