In 2018, the Monticello baseball team was in Collegeville, MN, just one win away from the MSHSL State Baseball Tournament. The Magic entered the championship game vs. Rocori, losing to the Spartans in back-to-back games. The outcome sent the Spartans packing for state and the Magic home much earlier than anyone anticipated.

With much of the 2018 roster back in 2019, the Magic players knew they never wanted to feel the agony of defeat again and were back in the same position one year later, just one victory away from the state tournament at Saint John’s University.

This time, the Magic took advantage of the opportunity, earning the team’s first state berth in team history!

The game–originally scheduled for Tuesday night–was moved to Wednesday afternoon after scattered storms blew through Collegeville. The team arrived at Saint John’s University on Wednesday afternoon and were able to watch much of the game between St. Cloud Apollo and Rocori. The Eagles/Spartans winner knew they would have to turn around and take on a well-rested Magic team. The game remained scoreless for much of the game before Rocori scored with two outs in the bottom of the sixth to win 1-0. 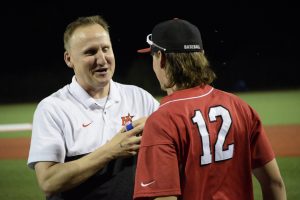 The Magic got off to a fast start in Wednesday’s final, beginning with a Tommy Blackstone infield single. Blackstone stole second and third before a passed ball allowed him to score. On the passed ball, Jason Axelberg walked and then stole second and third, eventually scoring on an Isaac Frandsen fly ball that dropped between the Spartans outfields. The Magic scored two and stranded two, building a solid foundation in the opening inning.

Rocori got one of the runs back in the second inning, scoring on an error but stranding runners with an Ethan Bosacker strikeout. The Magic returned the favor in the bottom of the inning, scoring two runs with two outs to push the lead to three runs. Rocori threatened in the third, loading the bases with two outs before Bosacker and Co. were able to get out of the inning.

After the Magic weren’t able to add to the team’s lead, the Spartans got one back in the top of the fourth, scoring on a single RBI. The Magic were able to get out of the inning without any extra damage, leading 4-2 into the bottom of the fourth. The inning ended on a wonderfully played groundball by Jackson Pribyl that he fired over to Brother Jace to get out of the jam.

The scored remained 4-2 until the top of the seventh inning. After Thomas Van Culin pitched 1.1 innings, Alex Otto took the mound with runners on first and second with one out. Otto stuck the first batter out before a Rocori was able to slide into home and bring the lead back within one. There was a close play at the plate that went in favor of the Spartans, allowing them to knock on the Magic’s door, just like they have so many times in the past. The resulting play put runners on the corners with two outs and the tying run just feet away from tying the ballgame. On Otto’s next pitch, catcher Calvin Schmitz faked a throw down to second as the runner was stealing. The fake throw caught the baserunner on third, allowing Schmitz to fire a throw down the line for the final out. The miracle was complete. 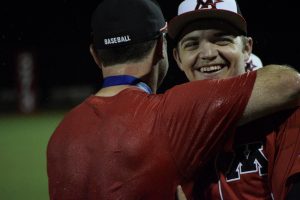 A tough start to the 2019 schedule, the Magic faced Buffalo and Rogers on the road to open up the season. Buffalo defeated the Magic 10-3 and Rogers earned a 2-1 victory. Monticello got win No. 1 vs. Big Lake the next day and on April 8 the Magic defeated Sauk Rapids-Rice to get back to .500 on the season. One day later, the St. Michael-Albertville Knights dropped Monticello back to 2-3 on the season with a convincing victory.

That’s when Monticello started to shine.

From April 9 to May 9, the Magic didn’t lose a game, outscoring opponents 52-8 during the team’s eight-game winning streak. The impressive numbers got the attention of many, earning the Magic a No. 3 ranking in Class AAA by the end of the season. The Magic finished the regular season with a 14-5 record and earning the No. 1 seed in the Section 5-3A tournament.

As good as Monticello’s pitching had been all season, the team’s pitching and defense became almost untouchable during the postseason. The Magic defeated Becker, Sartell-St. Stephen and Rocori in the first three games of the section tournament, outscoring the three opponents 25-0. In the win vs. Becker, pitchers Alex Otto and Thomas Van Culin combined for a no-hitter in five innings and in the win vs. Sartell-St. Stephen, Ethan Bosacker struck out 10 and allowed just one hit. Ty Ulven came in to close out the game in the final inning, striking out a batter of his own. In the semifinal win vs. Rocori, Otto struck out 10 batters, allowing just two hits.

The Magic (18-5) now await their seeding in the MSHSL Class AAA State Tournament. The first round will take place on June 13 at Siebert Field on the University of Minnesota campus. From there, second round and consolation games will be played on June 14 with the State Championship taking place on June 20 at Target Field. 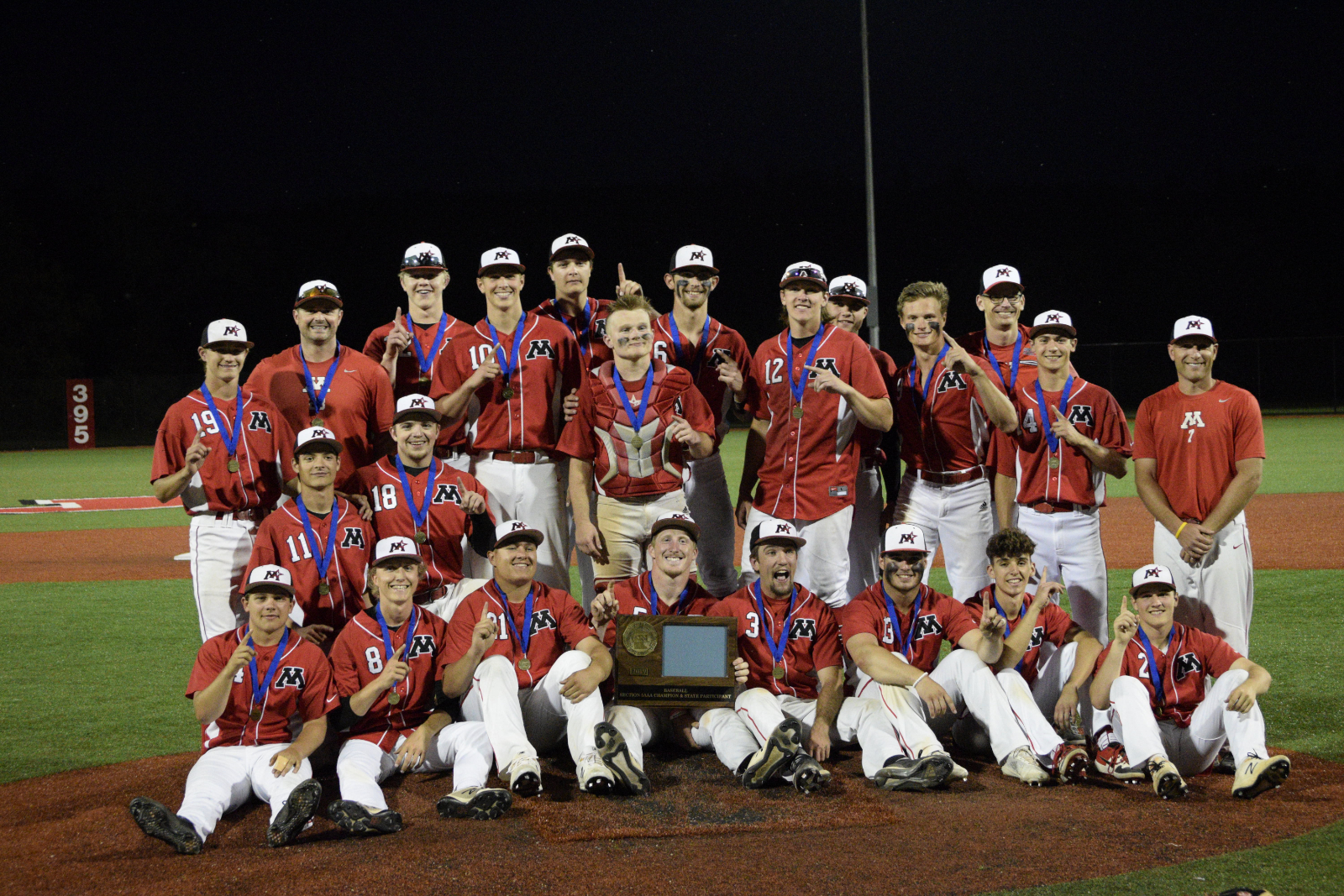