On Nov. 14, six Monticello student-athletes entered the West Lecture Hall at the High School to sign to the colleges of their choice. Among them were two hockey players, one basketball player, one baseball player, one soccer player and one committing to run both cross-country and track. Two are staying in Minnesota while two are heading to the University of Vermont. Another is heading to South Dakota and one is traveling east across the border to Wisconsin. Scroll down to learn more about our incredible student-athletes and the colleges they have chosen.

Jason will be moving 232.2 miles away from Monticello to Sioux Falls, South Dakota where he will play baseball for Tim Huber and his coaching staff. National Champions in 2018, Augustana will welcome in Axelberg who has been fantastic for the Magic and will look to continue to improve in his senior season for Head Coach Cole Deibele. 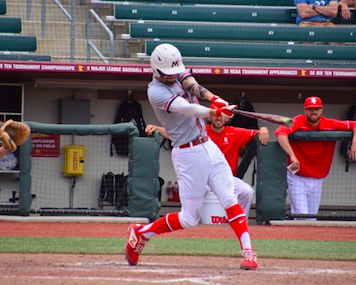 “The baseball program is what made me interested initially and then when I went and visited, I knew it was a perfect fit for me.”

Axelberg plans on majoring in finance at Augustana and uses the skills he has learned at Monticello to continue pursuing his goals. When asked what’s one thing he learned as a student-athlete at Monticello High School, Axelberg had this to say.

“Anybody can show up every day and go through the motions. It’s the ones that give 100% every day that will succeed.”

Named as a Ms. Soccer finalist in 2019, Abi Frandsen will stay home and play soccer for Stefanie Golan and the Minnesota Golden Gophers. Verbally committing as a sophomore, Frandsen and the Gophers have been connected for a couple of years now and Frandsen can’t wait to get on campus next fall.

“During the recruiting process, it was evident to me how much they cared for their players and their well-being,” Frandsen said about Golan and her coaching staff. “They consistently show selflessness and put the wellness of the team before theirs. I’ve never seen any coaching staff do this the way the U of MN women’s coaching staff has. The soccer program and staff put a huge emphasis on developing their players as people and not just soccer players and I can’t wait to be a part of that.” 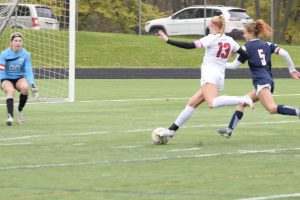 Frandsen plans on pursuing a degree in Kinesiology and hopes to continue Physical Therapy Schooling after receiving her bachelor’s degree. While she will remain busy with Division-1 soccer and school, Frandsen said that prioritizing her time was one of the biggest things she learned as a student-athlete at Monticello.

“The schedule of a student-athlete is very demanding physically, mentally and emotionally and I’ve learned how to deal with that and make the most out of every situation I’m in,” Frandsen said. I’ve learned to put my entire focus on one thing at a time so that I can ensure quality in my work both in the classroom and on the field. While being a student-athlete, all eyes are on you. This has definitely made me more aware of all the decisions I make and the way I act to portray a positive image of myself throughout our community.”

The University of Minnesota is just as eager to get Frandsen on campus after building a relationship with the Magic senior over the last handful of years.

“Abi is another Minnesota talent we are excited to welcome to the Gopher Soccer family,” Golan said. “She is a fantastic athlete who brings a versatility to this class. Abi will be a player that is exciting to watch in our pressing system as she can cover ground very quickly and has a strong defensive presence when she does. She is also a player who is willing to take players on in the flank space and has the athletic ability to blow past defenders when she does. She is strong in the air, she can finish, and she can provide quality service in the attacking third. On top of what she brings to the field, Abi is a tremendous student and high character individual who will positively impact our culture.”

Next fall, Sydney will also be close to home as she pursues the next chapter of her life at Hamline University in St. Paul, Minnesota. There, Lemke will play hockey for Natalie Darwitz, a two-time National Champion at the University of Minnesota. Darwitz also is a three-time All American and has represented the United States in multiple Olympics. This will be Darwitz’s fifth season as head coach of the Pipers. 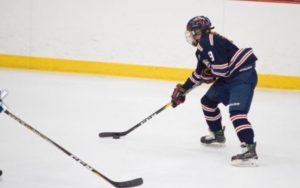 “The school size and atmosphere really felt right,” Lemke said when talking about Hamline. “It felt like it could be home and then the hockey team and coach really closed the deal for me.”

Lemke is undecided on her major currently. Like Frandsen, playing in Minnesota has many benefits, including having friends and family being able to watch many of your games. The Pipers play their home games at the TRIA Rink, home of the Minnesota Whitecaps which is just 48.3 miles from Monticello High School.

Lemke is a two-sport athlete for the Magic, playing volleyball and hockey for the Riverhawks. She also plans on trying out track in the Spring. Sydney said she has learned a lot about time management with being a multi-sport athlete.

“I have learned the importance of using the small time you have wisely on gameday,” Lemke said.

Currently ranked the No. 5 all-time scorer in Monticello Girls Basketball, Anna Olson will finish her senior season for the Magic before heading to the east coast to play at the University of Vermont. Olson loves the campus and the can’t wait to get to Vermont in the fall. 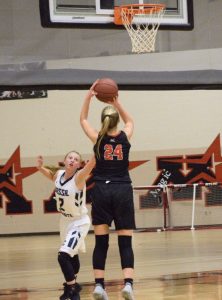 “They were incredibly welcoming and I could see myself playing basketball there for the next four years,” Olson said about her visit there. “I love the campus and location. It was very similar to Minnesota with the exception of the mountains. In addition, the academics are very important there so I know that I would not only get pushed athletically but also academically.”

Olson plans to major in Biology at Vermont and like other student-athletes at MHS, has learned the importance of time management when you are so busy with extracurricular activities.

“Everyone has 24 hours in a day and it’s up to you to decide if you want to make excuses as to why you can’t do something or put in the extra time.”

Like Olson, Madelyn Skelton will also be heading to the University of Vermont next fall after she wraps up her senior season with the North Wright County Riverhawks this winter. A transfer student from Cambridge-Isanti High School, Skelton brings her talents to a Riverhawks team that was one game away from the state tournament last season. Skelton will play for Jim Plumer and associate head coach Jessica Koizumi. 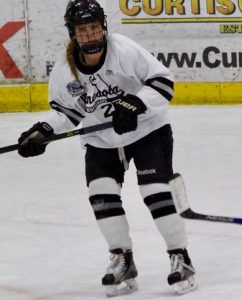 “I chose the University of Vermont because of the overall team culture they have,” Skelton said. “The head coach, Jim Plumer, is very motivated and strives for success. The associate head coach, Jessica Koizumi, is energetic and our personalities matched. I loved how you can see mountains when you are standing on campus and the location of the campus. Lake Champlain and Church Street are just a few blocks away and I look forward to hanging out there.”

Skelton plans to major in Biology at Vermont after graduating from Monticello.

“Although my time as a Monticello athlete has been short, I have learned how to adapt to a new team and maintain my hockey characteristics,” Skelton said. “For some people, it is hard to remain who you are when you are surrounded by new people but thanks to all my welcoming teammates it has been a very easy transition.”

A three-sport athlete at Monticello High School, Lauran Zwack will continue her education and running career at UW-Lacrosse next year by running both track and cross-country for the Eagles. 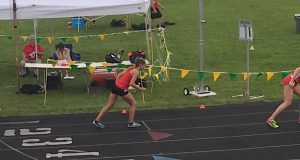 “I chose Wisconsin-Lacrosse because this school felt most like home and that was very important to me,” Zwack said. “I also loved the cross-country and track team because they are a very competitive program and I will still have time to worry about my academics.”

Zwack is currently between majors right now but plans on deciding between being a Child Psychiatrist or majoring in Cellular Biology.

Throughout her soccer, running and basketball career, Zwack said she has learned a lot about being a student-athlete.

“You can’t always expect yourself to be perfect,” Zwack said. “Making mistakes is good and that’s the only way to learn and grow as a person and an athlete.”

Right now, Zwack will focus on the basketball season which started this week before turning her attention to track in the spring. On the court, Zwack enters her senior season with 608 career points. 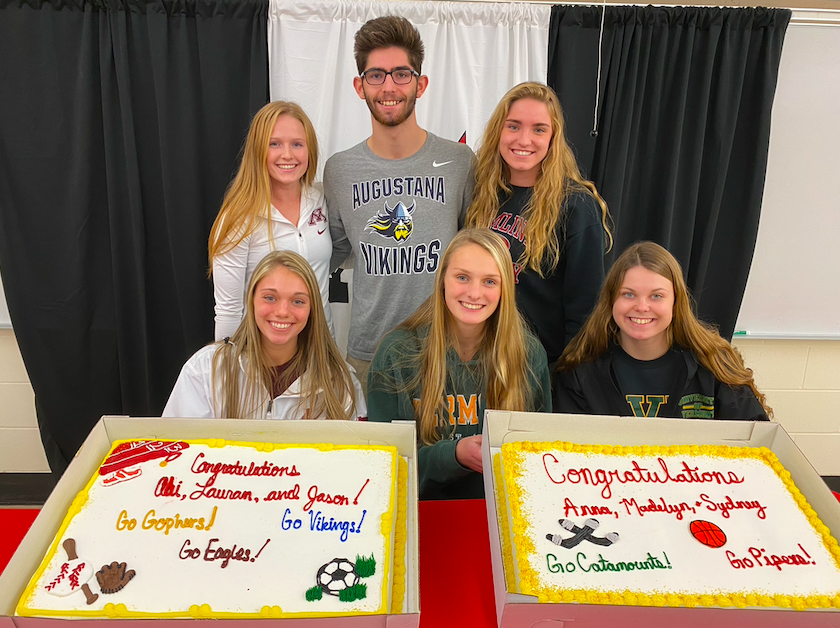