With Jan. 24 being the last game of the Magic’s three-game homestand, it was no secret that Senior Austin Wetter wanted to reach the 1000-point milestone before the team traveled to North Branch the following week. Barring injury, that was almost guaranteed to happen until Mother Nature postponed last Friday’s home game, leaving Wetter 31 points away from the 1000-point club into the Jan. 24 game against the Hornets. Wetter came into the game averaging 22.0 points per game so it was possible but would take a great game from start to finish.

Wetter didn’t disappoint. With just a couple minutes left in the Magic victory, Carson Kolles threw a backward pass towards Wetter. Wetter caught it from beyond the arc and hit it, letting out a sigh of relief in the process. Wetter then took the ball and went and hugged his parents.

Wetter becomes the seventh boys basketball player in school history to reach the milestone. Many on the list–Nate Holmstadt, Joel Przybilla, Cory Laugen, Robbie Fedor, Tom Sawatzke, and Matt Todd–have seen Wetter play and see the talent that he possesses when he steps on the court.

“Austin is one of the most dynamic players to put on the Magic uniform,” Sawatzke said. “Over his career, he has continually found new ways to impact the game and scoring is just one of his skills.” 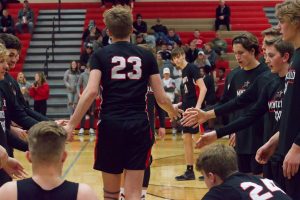 The Monticello senior contributed 159 points in his sophomore season, playing alongside Todd who ended up becoming the Magic’s second 2000-point scorer and eventual all-time leading scorer. The 2017-18 team went 17-9 in the regular season, falling 80-76 to Delano in Sections. With Todd, Rezi Useh, Michael Stocker, and Logan Wetter (Austin’s older brother) graduating, it was time for a new group to step up in their absence.

The 2018-19 season started rough for the Magic with the team losing their first three games while trying to find their new identity. Win No. 1 came against Zimmerman with three more wins coming in the next two weeks. The Magic’s season continued like a roller coaster, including a six-game losing streak late in the season as the team headed into sections. The team looked destined for an early exit, but Wetter and his teammates–Austin Puppe, Carson Sawatzke, Shawn Sellner, Tommy Blackstone, and Blake Thompson among others–weren’t ready for that to happen. The team survived a home scare from Rocori in the first round of the section tournament before traveling to nearby St. Michael-Albertville and taking down Willmar in the semifinals. All that stood in their way between a tenth state berth was Big Lake. 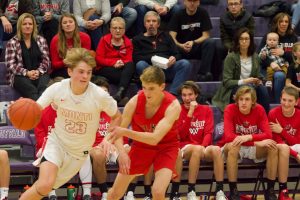 Sawatzke described it perfectly. Wetter’s performance alongside his teammates was a treat for anyone at Hallenbeck Hall that evening. A back-and-forth affair with the Hornets, Wetter and Big Lake’s Logan Nagorski traded baskets for most of the night. The sequence of the game came in the second half when Wetter blocked a shot on one end and ended up driving on the other end, making the basket and getting a foul called as well. The momentum shifted in those ten seconds and pushed the Magic to a 56-54 win.

The 11-15 Monticello team matched up against Austin in the first round of the Class 3A State Tournament at Williams Arena. The Magic battled tough, ultimately falling 68-52 to the Packers. The last game of the 2018-19 season was a 71-65 loss to Holy Angels in the consolation bracket. Alongside the eight seniors, the team lost with the conclusion of the season, head coach Jason Schmidt also stepped down after the season, leaving Wetter with a new coach and coaching style to get used to in his last season for the Magic. The team hired Bridgeport Tusler to replace Schmidt a couple of months later.

With a 73-54 win on Wetter’s historic Friday night over the Hornets, the team is now 7-6 on the season ahead of a road test on Jan. 28 against North Branch. The Magic will then play four of its next six in the Monticello fieldhouse as they look to return to the state tournament for the second year in a row.

“The work that Austin has put into his game will have a positive impact on the program for years to come,” Sawatzke said. “Thanks, Austin!” 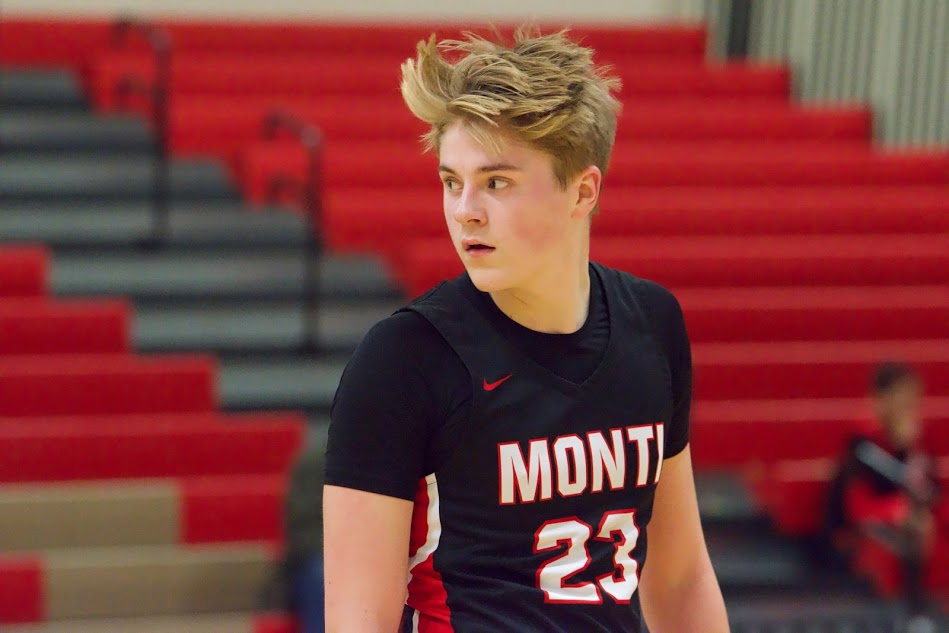