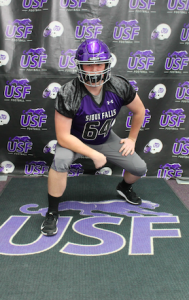 Alex Tack: Football at the University of Sioux Falls

Alex Tack will be trading in his red and black uniform for a purple and black uniform next season when he plays for the University of Sioux Falls Cougars. Tack plans on majoring in Secondary Education with an emphasis on History and Social Studies. He also plans on minoring in sports management.

“When I went on my visit, the college was surprisingly nice and the whole weekend there, something felt right,” Tack said. “The football team has a motto about being a family and that’s what I’m looking for because that’s what we have here in Monticello. I am excited to become part of their brotherhood just as I became part of Monticello’s four years ago.”

Tack has put in a lot of hard work and dedicated many hours in the weight room at improving during the season and in the offseason as well. He knows that the work ethic he established as part of the Magic will have to continue if he wants to be a successful student-athlete in college.

“I’m going to have to train and play harder than I ever have before and make the best of every rep and play I get on and off the field.” 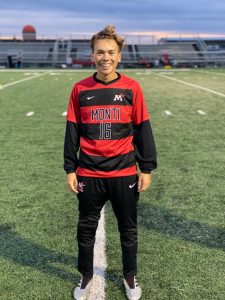 Brendan will be staying in Minnesota–just barely–when he attends Concordia-Moorhead to play soccer and pursue business next year. Fee said the business school there is really good so it made his decision easy. Both of Brendan’s parents also played soccer for the Cobbers, making it even more special.

“Being a student-athlete means that I am going to be able to do something I love while also getting my education,” Fee said. “It’s really cool to me that both my parents played for the Cobbers and I’m continuing that tradition.”

Fee will finish off the winter sports season as a basketball manager for the girls’ team after finishing a successful soccer season in fall 2019 under Coach Matt McLachlan. Fee’s coach for the Cobbers will be Ben Schneweis. 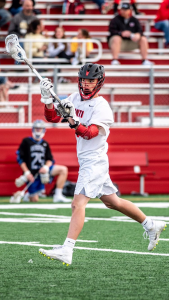 After graduating this Spring, Pearson will be heading to Oslaklooska, Iowa to play lacrosse for Luke Christiansen and his coaching staff.

“I really liked the program, the scholarship opportunity, and the environment of the team,” Pearson said.”

Jared will be pursuing a degree in psychology and/or human resources while he continues playing the sport he loves. He will finish up his senior season for the Magic this Spring.

When he plays for the Statesmen next season, the entire coaching staff will have one year under their belt as all four coaches are new this season. 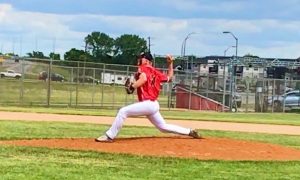 With one more season upcoming under Monticello baseball coach Cole Deibele, Hageman will travel the 34.4 miles to Crown College next year to be a member of the Storm.

“When I was there, I loved everything about it,” Hageman said about his official college visit. “The chapel service was a blast and everyone was very welcoming. On top of that, it’s only an hour south of us and I really like that I’ll be close to home.”

Austin will be majoring in business administration with an emphasis in data analytics. Hageman knows he will have to balance his time to be successful at both.

“Obviously being a student comes first but I look forward to the challenge of excelling in both.” 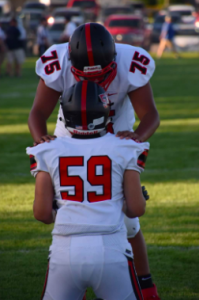 In 2020-21, Zach will be making the trip to Jamestown, North Dakota to be a member of the Jimmies.

Zach will be a Jimmy student-athlete under head football coach Brian Mistro who will be in his third year during the 2021 season.

Helm won’t be the only Monticello player on the Jimmies roster in 2020. Senior Carter Hangsleben will be on the team as well, along with at least 15 other Minnesotans. 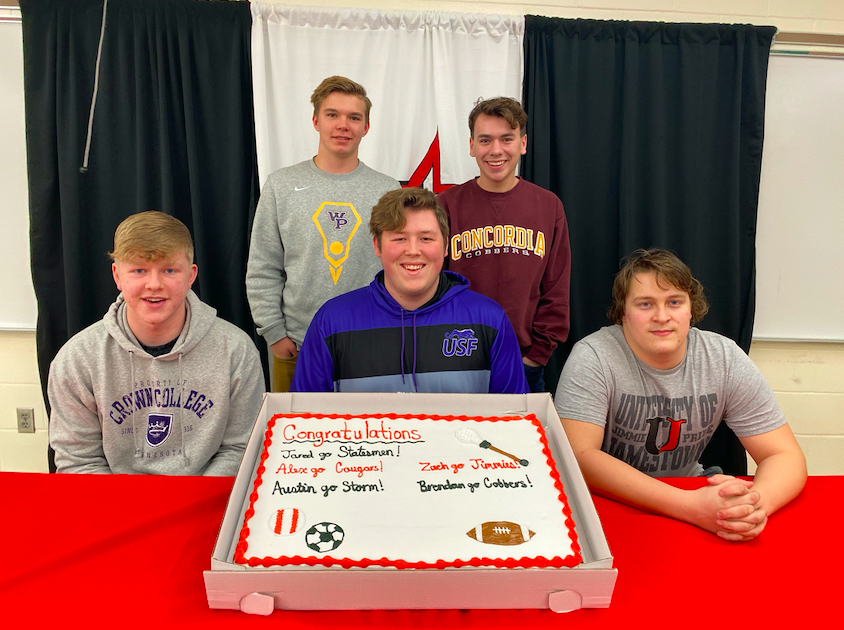 Boys B Squad Basketball B Team vs. North Branch