Just like almost everything in 2020, National Signing Day at Monticello High School was something that needed to be adapted as we continue fighting a global pandemic.

What didn’t change was that multiple student-athletes at MHS have worked hard for years to get to where they are today. They have had support from parents, siblings, grandparents, teachers, friends, and coaches that have guided them as they continue to pursue their passions.

Today, five Magic student-athletes signed their letters of intent from their homes to pursue academics and athletics at the next level. On the first National Signing Day of the year, we have four lacrosse players and one soccer player.

Let’s learn a little more about them! 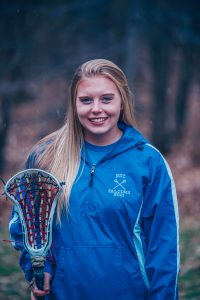 A three-sport athlete at Monticello High School (tennis, basketball, lacrosse), Emma has decided to continue her lacrosse career next year at Notre Dame (OH). Cordell will study to be a nurse and chose Notre Dame because the campus is beautiful and she loved the coaching staff.

“I can see that being my home for four years,” Cordell said. “I also loved the girls that I met who play for the lacrosse team.”

Emma is extremely family-oriented and will miss being so close to her parents, brother and other family members. Luckily, she has family in Columbus, OH that will be able to visit and her parents plan on attending multiple games throughout the season.

“I want to thank my parents for always being there for me and never missing a game,” Cordell said. “They always believed in me, even when I didn’t believe in myself.” 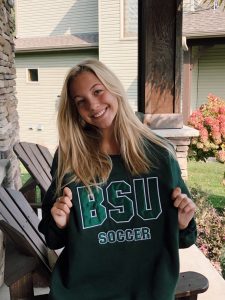 A staple to the Monticello girls soccer team for years, Miah Olson is heading to Bemidji State University, committing in September to pursue a degree in Nursing.

“The campus is beautiful and they have a great nursing program,” Olson said. “The girls were also super nice.”

Miah said she will definitely miss the girls on the high school team and considered it the best part of high school while she was at Monticello.

Jared Hines profiled Miah Olson in an article from September 25th, 2020. You can read it here! 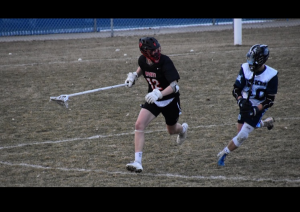 After one more boys lacrosse season in the Spring of 2021, Soucy will continue playing LAX at Aurora University in Illinois. While there, Mason plans on majoring in Parks and Recreation Management.

“Aurora had the major I was interested in and the lacrosse team has a winning culture,” Soucy said. “After I visited, I was really impressed by the athletic facilities and the coaching staff. They have nice gear and cool helmets too!”

“I’d really like to thank my mom and dad,” Soucy said. “They drove me to the cities every weekend to play with my club team–the Minnesota Chill–and traveled all over the country to watch me play. I am also really grateful for Homegrown Lacrosse and Coach Hanson for helping make me a strong player and ready for the college game.” 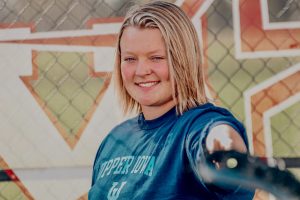 After her senior year, Morgynn will head to Upper Iowa University where she will major in Elementary Education. She chose Upper Iowa because of the small school feel and how close the team was with each other.

“It feels like a family and that’s why I love it there,” Spears said.

Morgynn said that the thing she will miss most about Monticello when she heads south in the fall is playing in the MHS Fieldhouse and out at the stadium.

“There’s no better feeling than playing at home,” Spears said. “It’s going to be weird having a new home.”

Spears said the one person she wanted to thank was girls head lacrosse coach Karissa Haller.

“She has pushed me to be a better athlete and changed my attitude a ton,” Spears said. “She’s had a big impact on me these past four years and I will forever be grateful for her making me the player I am today.” 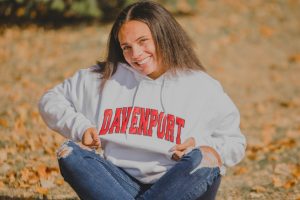 With one more season remaining, Yetzer will make the most of it before heading to Davenport University to pursue a degree in Biological Laboratory Science. Yetzer was always looking for a small school during her search and found something special at Davenport.

“The biggest reason I chose the school is that the team made it feel like a family,” Yetzer said. “I felt like both my athletic and academic ambitions would flourish there.”

Yetzer has been extremely involved in Monticello Athletics since arriving as a freshman. She has participated in soccer and has also served as a manager on the boys basketball team.

“I will miss my teammates the most when I leave Monticello,” Yetzer said. “I’ve played lacrosse with the same girls since sixth grade and it will definitely be different stepping on the field without some of my best friends.”

The person Bree wants to thank the most for getting her to where she is today is her dad.

“He’s been my number one supporter and he’s pushed me to do my best in everything in life. I want to thank him for traveling all over the country with me to allow me to play the sports I love. He’s always been there for me no matter what. If I want to switch sports or try playing at a higher level, he’s always been right there and right behind me to make sure I got there.”

Congratulations to all five of our student-athletes. We wish you the best in your future endeavors and can’t wait to watch the spring athletes compete in a Magic uniform for one more season!

Boys B Squad Basketball B Team at Princeton High School