Monticello’s gymnastics teams have been in the top-10 of the Class A Gymnastics rankings almost all season.

They came into the Section 7A meet at Big Lake High School with high hopes of competing for a section title as a team and advancing gymnasts to state. The girls did just that, taking second place behind Big Lake and advancing Magic freshman Presley Kass to state in the bars and floor.

The team started on the bars where Kass, Brooklyn Hansen, Reagan Wahnschaffe, Raegan Bryant, and Hailey Schmitz competed for the Magic. Schmitz scored a 7.55, Wahnschaffe and Bryant both scoring an 8.25, and Hansen scoring an 8.35. Kass scored a huge 8.625, good for third place in the section and a spot at next weekend’s Class A State Meet, held at Champlin Park High School.

The third event for the Magic was the floor where Kass, Wahnschaffe and Bryant competed along Karly Kleeberger and Annabelle Klimesh. All five girls were in the top-18 in the event, with Klimesh scoring 8.825, Wahnschaffe scoring 8.95 and Kleeberger scoring 8.975. Bryant took tenth in the event with a 9.125 and Kass qualified for state with a 9.3 third-place finish.

In the all-around, Bryant finished tenth overall with a total score of 34.15 and Wahnschaffe finished sixth overall with a 35.125. The Magic’s team score of 139.525 was second to only Big Lake who will represent Section 7A after a 144.4 performance. The Hornets are the defending team champions in Class A.

Presley will compete at Champlin Park High School on Friday, March 26th. Section 7 will be part of the first session of the tournament, beginning at 11:30 a.m. alongside Sections 4, 5, and 6. 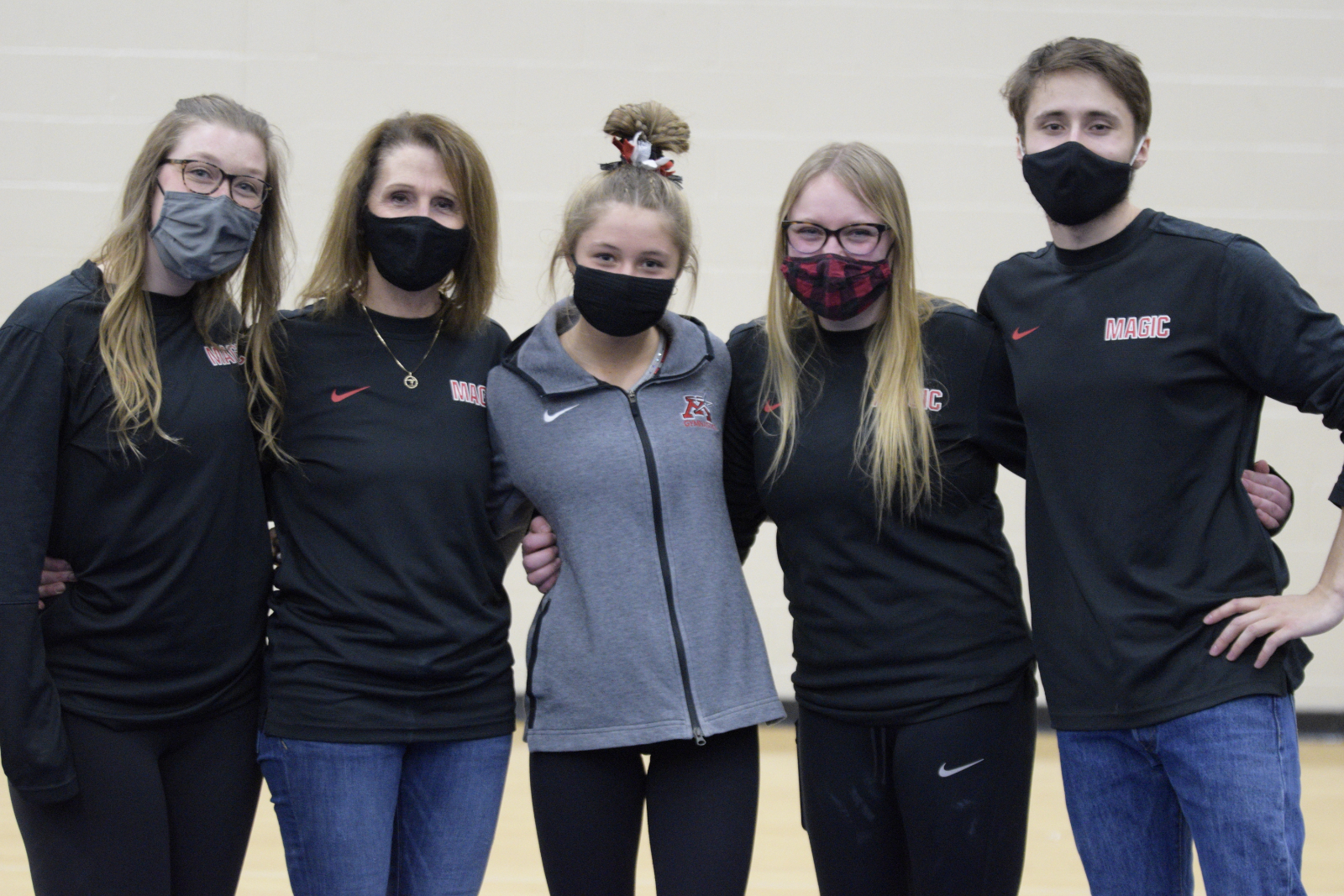