Chisago Lakes didn’t seem to care about home ice advantage early in the Section 5A Semifinal at Moose Sherritt Ice Arena. Having already scored 12:44 into the first period, the Wildcats added a second goal 2:31 into the second period to take a 2-0 lead on the No. 1 ranked Moose. Monticello skaters could have given up. They could have thrown in the towel.

Instead, they scored three unanswered goals to win 3-2 in double overtime to advance to the Section 5A Final.

Brooks Wilson finally put the Moose on the board 12:03 into the second period with a power-play goal assisted by Daniel Homsombath and Riley Ronayne. The second period ended with that score with the Wildcats still holding the advantage as the two teams came out for the third.

5:09 into the period, Chisago Lakes skater Nick Helland was called for interference, leading to another Moose power-play. This time it was Gavin Brooks scoring the goal with the man advantage, tying the game and swinging the momentum back in favor of the home team. The third period ended with the 2-2 score, leading to eight-minute overtime where both teams still couldn’t hit the back of the net. After the first overtime was over, the teams went back to their locker rooms so that the ice could be resurfaced and the teams could get a quick breather.

The second overtime period went back and forth with neither team getting many good scoring opportunities. 7:17 into the overtime, Wildcats’ Blaine Klemz was given a hooking penalty, against giving the Moose a man advantage and a chance to finish the game. With a stoppage in play, Gavin Brooks went to Wilson Dahlheimer and whispered something to him (photo below) before the ref dropped the puck for a face-off in the offensive zone. Ten seconds later, Brooks had scored his second of the game–assisted by Dahlheimer and Ben Miller–and the Moose were flying across the ice to cheer and celebrate in front of the Monticello student section before clearing the ice.

Monticello’s 12th win of the season gives them one more home game against No. 2 Northern Lakes on March 25th. The winner will represent Section 5A in the MSHSL Class A Boys State Hockey tournament. Monticello defeated Northern Lakes 4-3 on the road back on March 11th.

The puck will drop at 7 p.m. from Moose Sherritt Ice Arena 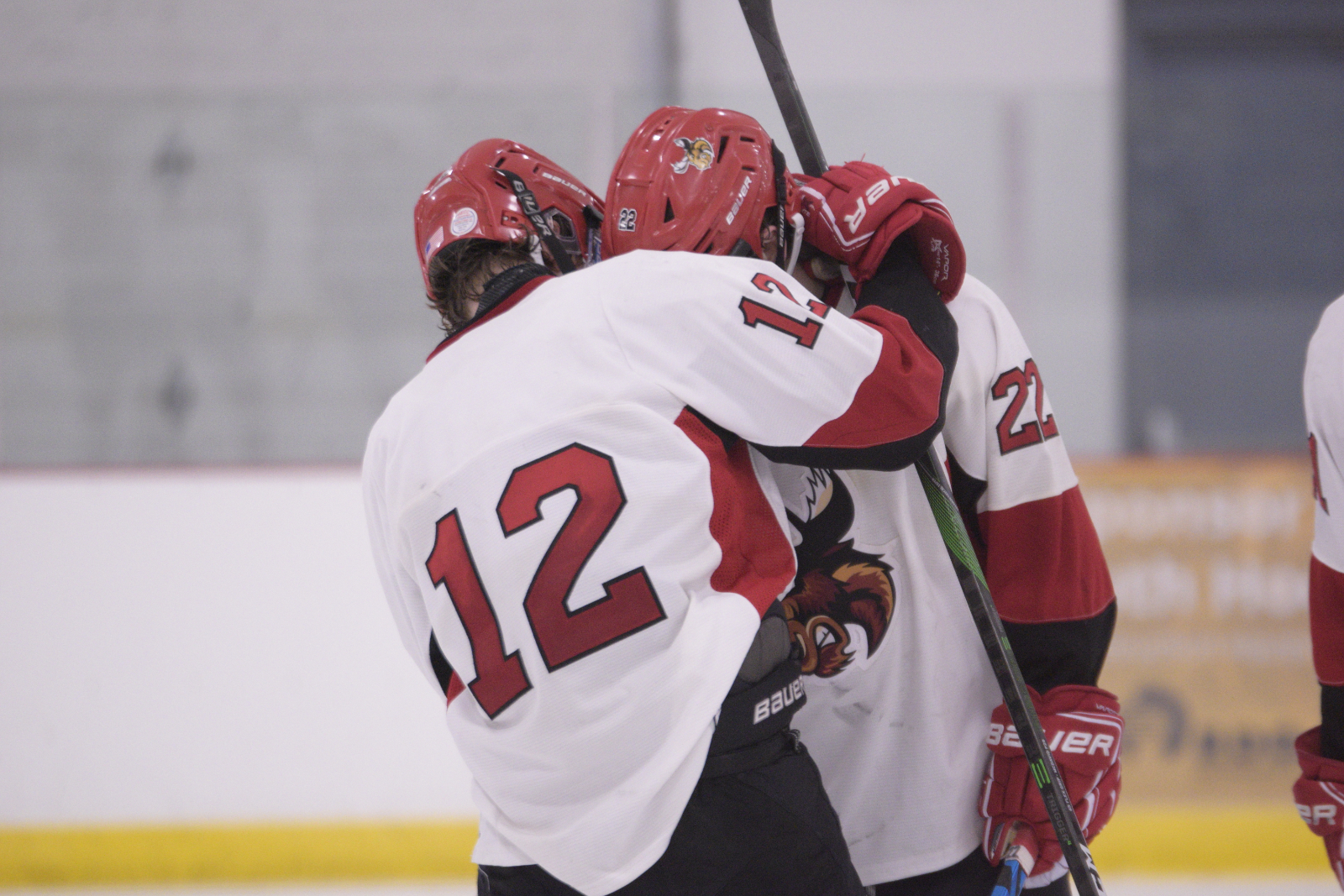