The noise at the University of Minnesota Aquatic Center was a little quieter than usual at this year’s MSHSL State Swim/Dive Championships.

Instead of “Championship Saturday” like in previous years, Class AA split their sections on March 19th while Class A did the same thing on March 20th. The Magic competed in the morning session of Saturday’s sessions, having to wait until later in the afternoon to see how they faired against the other top teams in Class A.

In the 200-yard medley relay, the Magic took 10th place with the team of Isaac VanHoorik, Clay Megaw, Tanner Branson, and Paul Fasen improving their time by over two seconds. The quad finished with a time of 1:40.69.

Jacob Biard raced for the Magic in the 200-yard freestyle, swimming in a time of 1:48.81 which was a tie for 13th place with Matthew Olberg of Hutchinson.

VanHoorik took the pool again in the 50-yard free, finishing in 14th place with a final time of 22.58.

Next up was freshman Paul Fasen in the 100-yard freestyle. Fasen finished 17th place in Class A, improving his time by .43 in the final swim and finishing with a time of 49.11

Biard was back in after Fasen for the 500-yard freestyle, the longest individual race in the sport. Biard finished with a time of 5:01.42, almost four seconds faster than his entry time. He finished 12th in Class A.

Next up was the 200-yard freestyle relay team consisting of Branson, Zach Kuch, Fasem and Biard. The boys finished in eleventh place with a time of 1:31.58.

VanHoorik swam next for the Magic, swimming the 100-yard backstroke in a time of 55.19, good for 13th place in the race.

The Magic finished the day taking 8th in the 400-yard freestyle relay. The team of Fasen, Branson, Biard, and VanHoorik swam in 3:19.26.

Jacob Biard and Tanner Branson are among the many Monticello seniors who will continue their athletic careers in college. The boys will be celebrating swimmers signing day with Elsie Anselment and Jade Kopff on the girls side this week. 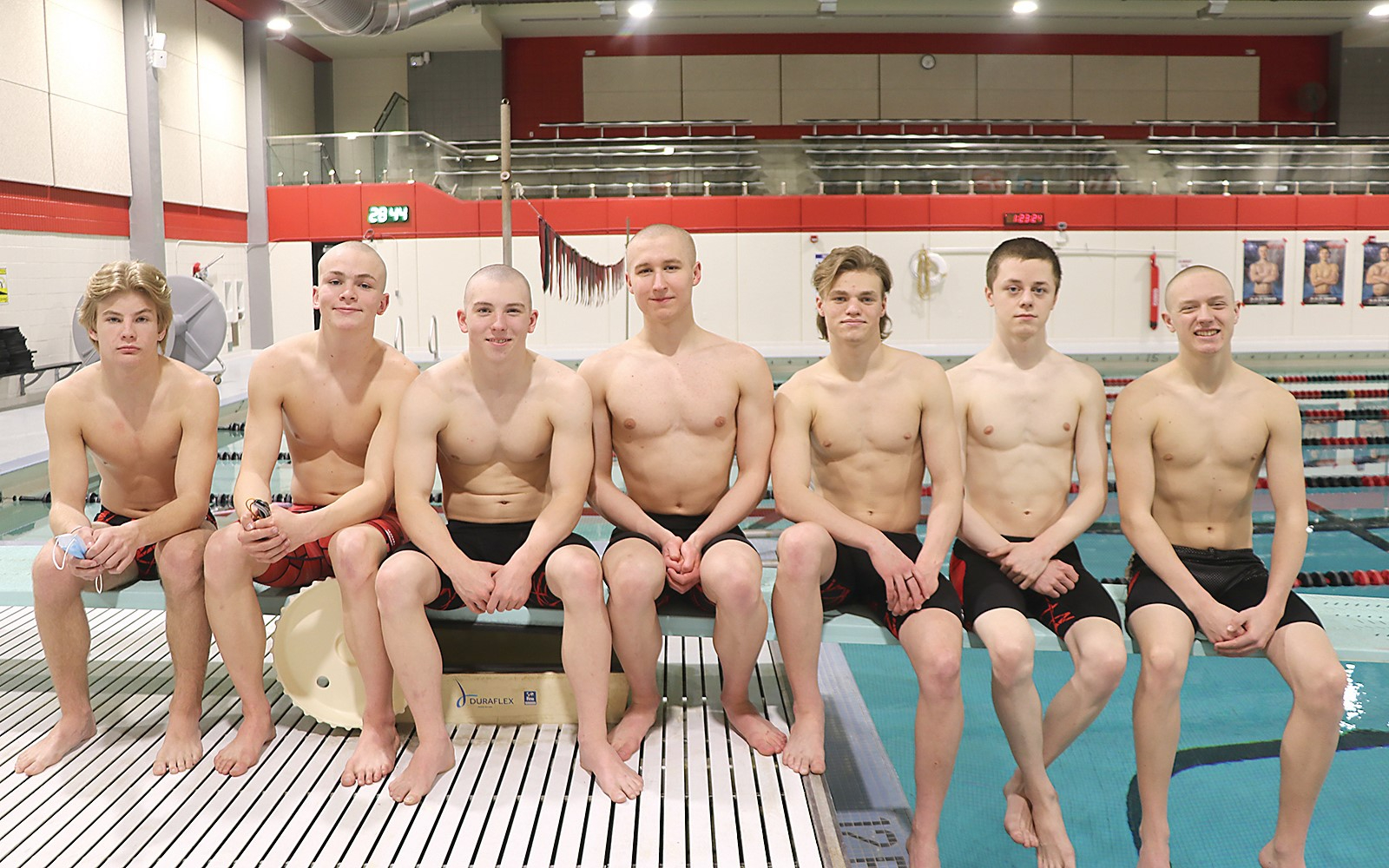