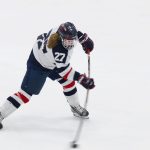 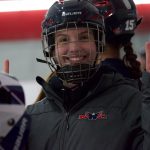 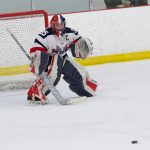 By: Jared Hines After being named a semifinalist earlier this month, Anna LaRose was named the Let’s Play Hockey Senior Goalie of the Year! LaRose was honored at the Feb. 23 banquet, held with the top-5 semifinals as well as the Ms. Hockey nominations. Breck’s Olivia Mobley won the 2020 Ms. Hockey Award. Teammate Kenzie 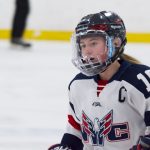 Early on Feb. 11, North Wright County senior Mackenzie Bourgerie was named as a semifinalist for the Minnesota Ms. Hockey award, presented by Let’s Play Hockey. This season, Bourgerie played in 27 games, with 22 goals and 23 assists. She is one of ten players named to the semifinals with the top-5 being named later 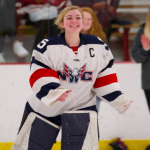 North Wright County RiverHawks goaltender Anna LaRose is a semifinalist for the Senior Goalie of the Year, presented by Let’s Play Hockey.  LaRose is 14-8-1 this season and allows just 2.06 goals per game. She has a save percentage of .924 and has recorded 4 shutouts. Anna will be attending and playing hockey at the 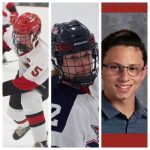 Click the link for this year’s Monticello Stars of the Week!  Go Magic!

Good afternoon! Click the link and scroll on your computer or mobile device to see this week’s Stars of the Week!  Go Magic! 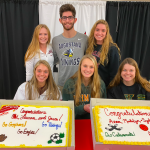 By: Jared Hines On Nov. 14, six Monticello student-athletes entered the West Lecture Hall at the High School to sign to the colleges of their choice. Among them were two hockey players, one basketball player, one baseball player, one soccer player and one committing to run both cross-country and track. Two are staying in Minnesota

Hello ISD 882! Winter registration for athletics is Monday, November 4th @ 6 p.m. The night will begin in the MHS Auditorium for a brief presentation before student-athletes and parents split off into the rooms for specific activities. Parents and students are encouraged to attend together! All forms you may need for registration can be 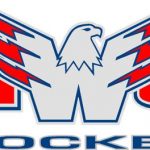 Tonight, the North Wright County RiverHawks will take on Brainerd in the Section 8AA Championship Game. Prep Spotlight will be at the game streaming it free for anyone who can’t make it to Alexandria. Click here for the link to the game!  Go RiverHawks! 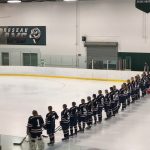 The Riverhawks players from St. Michael-Albertville and Monticello had to leave for Roseau on Monday night just to make sure they could make it to Tuesday’s semifinal on time with all the recent weather. The bus departed, made it safely to a good resting point before stopping for the night. The next morning, the Riverhawks 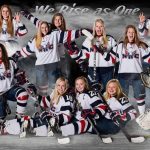 By: Jared Hines There was a lot on the line for the North Wright County RiverHawks in the team’s last home game of the season vs. Buffalo at Albertville Ice Arena. Besides the traveling trophy–the Wright County Cup–the two teams fight for, it was also Senior night for seven of the RiverHawks players, playing in